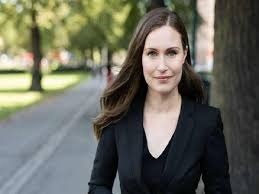 Question: Who has been elected the new Prime Minister of Finland to replace Antti Rinne after losing the confidence of the coalition partner?
(a) Sanna Marin
(b) Juha Sipila
(c) Petteri Orpo
(d) Jussi Halla-aho
Answer: (a)
Related facts: