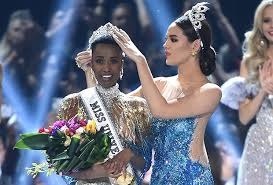 Question: Who has been crowned Miss Universe for the year 2019?
(a) Zozibini Tunzi
(b) Madison Anderson
(c) Ashley Alvidrez
(d) None of these
Answer: (a)
Related facts: